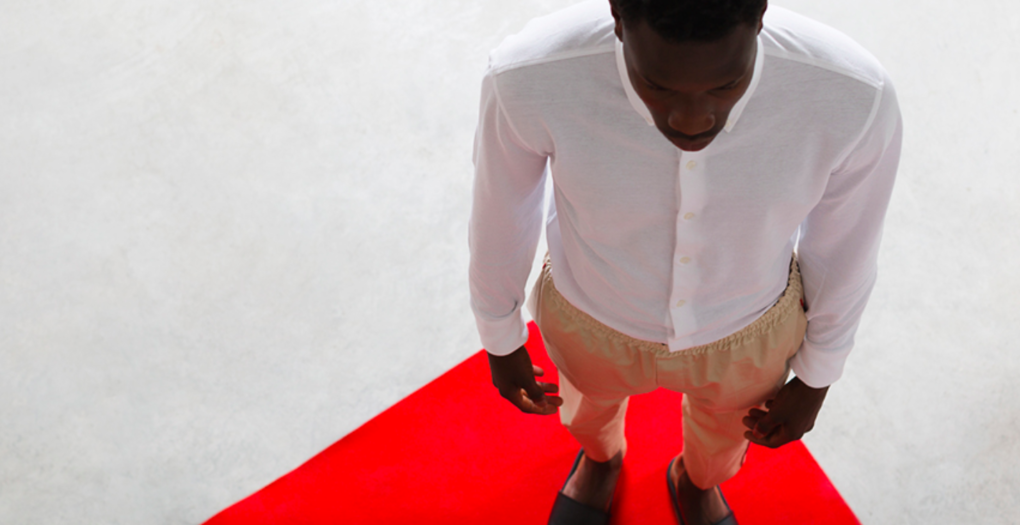 I thought all day about how to begin this, but I couldn’t come up with anything spectacular or creative. So while I worked (I’m a graphic design intern at an apparel manufacturer), I popped in my earbuds and put on a podcast. I hate the term “self-help” and “motivational speaker,” but I decided to give the Tony Robbins’ podcast a try. I picked one that talked about redefining masculinity, and one man’s struggle with being an athletic jock but having deep issues with being sexually assaulted as a child. As he talked, I realized something about myself that I had never even thought of before…

About a year and a half ago, I started having obsessive intrusive thoughts about my sexuality after someone I hardly knew from my hometown sent me an unsolicited picture. After that, the question “does he think I’m gay?” would pop into my head once or twice a day. It grew exponentially worse, until I could not longer work my summer internship (which only required 2 hours of remote work a day). Simultaneously, I had given up on trying to create a brand that I had been growing unsuccessfully for about a year at that point.

The next semester got really bad, to the point where I was drinking myself into oblivion and the only time people saw me out was at the bar or in my few classes. My stomach was in nonstop pain both with anxiety and poor dieting, so I decided to get some help. I went to a therapist who diagnosed me with Generalized Anxiety Disorder (she said “this does not sound exactly like OCD, since it doesn’t sound as severe/disabling”). She recommended me for Prozac, which I got on, then never answered a call from me again. Needless to say, I haven’t had a good run with therapy so far. Until now, I haven’t tried to reach out to someone again, but found that much of my comfort and ability to push past the anxiety has come from learning about myself more and more.

The man in this podcast that I mentioned earlier talked about his upbringing and what he was taught — to hold in pain and feelings, that no boy or man should ever show a weak side, that masculinity isn’t capable of being changed. It made me think that the way I was raised — religious, competitive, traditional — had become a pattern in my mind of blaming myself for sexuality-specific intrusive thoughts. I began convincing myself that I was not straight and did all of the common compulsions related to Sexuality OCD.

But Tony Robbins brought up a good point. He said that out thoughts are not “our mind” but “the mind” — a major distinction. The Mind is made up of thousands of different opinions and thought patterns ingrained in us since childhood. This way of thinking feels “natural” to us. But when we begin to see our problems as not “our own thoughts” and as the backlash of an anxious mind filled with other people’s beliefs and opinions (like our parents), things become a bit clearer. It will feel like just another compulsion to justify your sanity. But when you begin to truly reject these different ideas, you’ll begin to see and accept your mind as the way it is and be on the path to a better place.

It’s a constant struggle. I still have intrusive thoughts every single day, but it has been a whole lot easier to push them aside. Becoming what I call “selfishly selfless” has brought me to a place where I can finally be myself. Living this way the past few months has allowed me to put myself first, which often means helping others talk about their problems because it makes me feel better knowing I am not alone. Putting yourself first is not always a bad thing. It’s helped me find my true identity, develop my sense of confidence and work on my anxiety before anything else. My goal in business is to help others with problems like mine. I use my sense of humor and creativity now for things I actually care about.

So my recommendation for anyone trying to figure out why certain obsessions might be bothering you is to think back. How were you raised? What anxieties have been around for a long time? What unaddressed stress exists in your life? What is at the root of your obsessions? In my case, over-attention from my parents had a strong effect on me. In some cases, it’s a lack of attention that can change a child as they grow up. And sometimes, it has nothing to do with your parents, but another source.

The most important thing you can do is talk to someone. I know it feels like you are burdening others with your problems. But chances are, they might be able to relate. Share your worst insecurities, no matter how horrible they sound. I found that both were struggling with OCD — one with sexuality-based Pure O like myself. Be vulnerable, its the most “selfish” thing you can do to help yourself.

Danny is a 21 year old college student/business owner. He works in the graphic design and apparel industry and runs a side business in the Apparel and Media space. Danny has Pure O and is diagnosed with Generalized Anxiety Disorder. You can find him on Instagram and Twitter at @CollectiveMA.