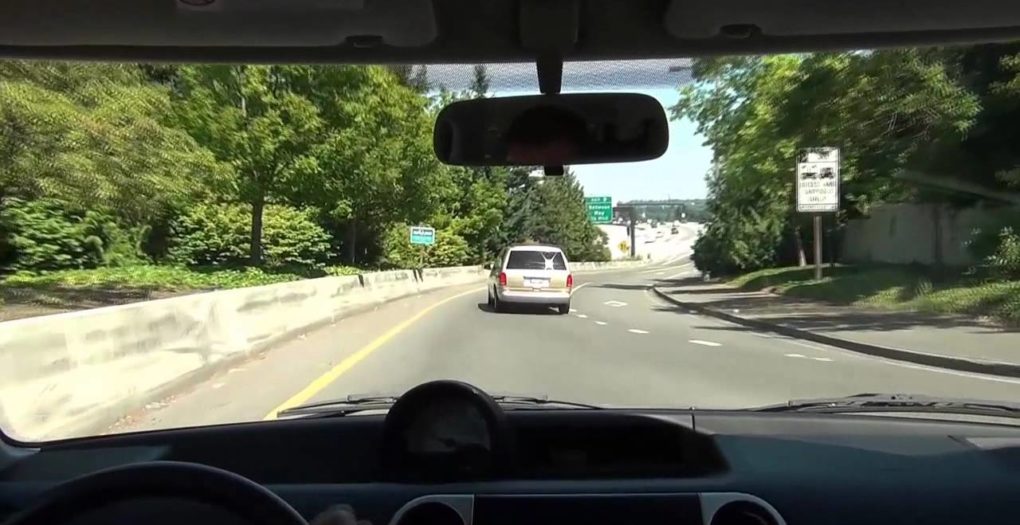 About 10 years ago, I had a thought. I was a passenger in the car with my mother on our way home. We were driving along the M3. Out of nowhere, it entered my head: an image of me reaching over, grabbing the wheel and us careening out of control across lanes to our certain death.

Instinctively, I sat on my hands. Where had that come from? Why did I think that? What a terrible, heinous thought. But it occurred to me how easy it would be. One tiny movement at the speed that we were traveling, and catastrophe would ensue. It was that moment that would plant the seed of doubt in my mind. In retrospect, I should have tackled it.

It was a long time before I next found myself on the motorway. I had stopped driving on them myself awhile back, but I didn’t think it was a problem. After all, my dad has had motorway phobia my whole life and hasn’t driven on one for 40 years. But this thought, it was now embedded. I subconsciously avoided motorways for the next 2 years. If I knew driving on one was coming up, I would find a reason to get the train, or find a route for my driver to take that avoided them. My seed of doubt was growing and I was watering it with my avoidance.

It wasn’t until I needed to get back from an airport after a holiday that I found myself stuck. I spent a week on the beach fretting about it and it frankly ruined my trip. Eventually, I confessed to my mother that I couldn’t do it. I begged her to take a different route. I knew it was OCD. She knew it was OCD. We both knew we should go on the motorway. But my distress was palpable. When the Sat Nav ‘accidentally’ took her onto the M25, I thought I would explode with anxiety. It was different from ‘normal’ OCD, where it feels uncomfortable and ‘not right’. This was sheer blind panic, and the intrusive thoughts were flying into my mind as fast as we were driving.

‘What if I grab the wheel? What if I scream with fear and distract the driver? What if I open the door and jump out? What if I grab my Mum? Each one was more hideous than the last and nothing could stop it. This was perpetuated by the fact that my whole body was shaking, my heart racing, my mouth dry, tunnel vision, my stomach churning. I put the seat down, closed my eyes and tried to recall the name of every student I have ever taught as a distraction. When I got home, I genuinely felt as though I had survived a near death experience. I was exhausted and grateful we were alive.

The experience made my doubt flourish – it was well and truly engrained. Instead of feeling like I had proved that there was nothing to worry about, I felt the opposite was true. I really was a danger in the car. Surely, my physical and mental reaction was evidence enough. I couldn’t possibly put myself and other people in danger like that again. And so I didn’t. For another 5 years.

My manipulation of situations to accommodate my anxiety and help it grow in epic proportions, was almost admirable. Almost every venture with friends would be organized by me so I could control the travel. I lived in London, so freeways weren’t close by. If I couldn’t control it, I would cancel or call in sick. Lies came easily, all in the interests of keeping people safe from my thoughts. And let’s face it, there was no certainty that I wouldn’t act on these thoughts.

Last year, the monster I had created finally grew so large, I was unable to escape it. I started to apply my logic to other situations. Hang on, if I can’t be sure I won’t cause an accident on the motorway, I can’t be sure about A roads. Or B roads. Or side streets. Or any road in fact. Actually, how do I know that I won’t open the train door? Or jump in front or a train for that matter. Or, worse, push someone else in front of a train. I needed certainty and it wasn’t there. This car was heading for a breakdown.

My world became so small I couldn’t leave the house. Nothing mattered, except being safe from these thoughts. But as I struggled to protect myself more, the worse it got. I would sit in my room crying, unable to leave the house because I might die, but unable to stay inside with my thoughts because they too might kill me. The OCD had me strong in its grip and wasn’t letting go.

They say a breakdown leads to a breakthrough, and I was in desperate need of the latter. With the help of a therapist, my husband and my family, I realized what I had to do: Undo 10 years of hard work to re-wire my thoughts by tackling the exact things I was afraid of. Some people can have phobias that last a lifetime and don’t really affect them. I can’t do that. My OCD wraps its sneaky tentacles around these obsessive thoughts, and uses them to ruin my life. I won’t allow that.

So, against all instincts, I set about 6 weeks of exposures. I stood close to the edge of train platforms as they rushed by, I stood high on bridges and balconies, I held knives close to my skin, I watched videos of motorway crashes. I slowly got back in the car, shaking, petrified, guilty. I was a passenger first for 2 minutes, then 10, then 30, until I found myself traveling to Newcastle with my husband. 6 hours on the motorway of utter terror. These things were the weed-killer, they were the antidote, the cure, even though they felt like pain. The only way out is through.

Recently, I have become complacent again. Going on a motorway isn’t a daily occurrence and I am not rid of the fear completely yet. It took 10 years to grow; it will take at least half of that time to retreat. Now that I am fully functional and happy again, there is less ‘need’ to tackle it. But when I found myself on the A20 last week with that familiar feeling creeping in, I realized there is still more work to do. I have to keep doing it.